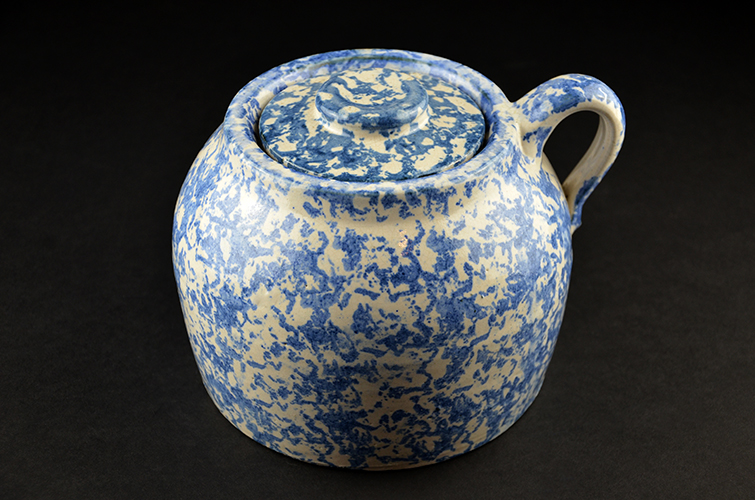 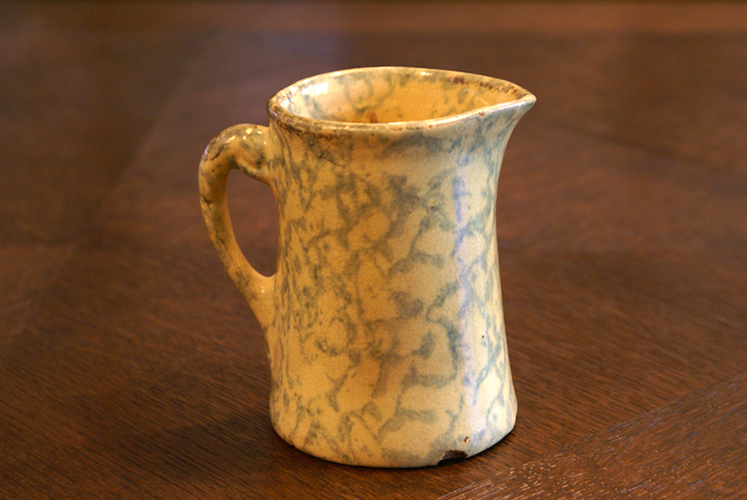 A Brief History of Fukagawa Porcelain
Purveyor to the Imperial Household

“Since about 1650 the art of making fine porcelain has been in the Fukagawa family. History tells us that this is not long after the Korean, Ri Sampei, first found the white stone of Mt. Izumiyama that made porcelain manufacturing in Japan a reality. In fact, it is quite possible that the first Fukagawa to make porcelain had just returned from the war with Korea and while in Kyushu, decided to become involved in this new trade. 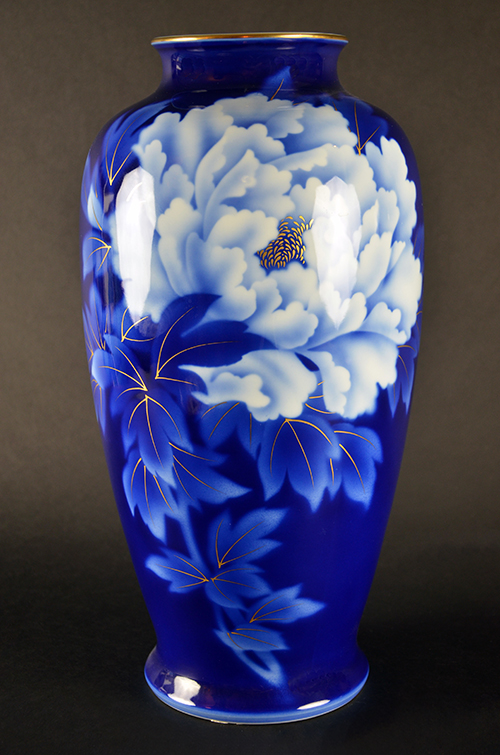 For the next 250 years the family continued in the Japanese custom, passing the art from father to son. In 1894 Mr. Chuji Fukagawa adopted the trademark of Mt. Fugi and for the first time, in 1900, Fukagawa Porcelain was exported to Europe.

In 1910 the top honor was received. This was the year that Fukagawa Porcelain was appointed purveyor to the Imperial Household and so became the representative of Japan’s chinaware society. Through the years Fukagawa has maintained this high standard of quality.” 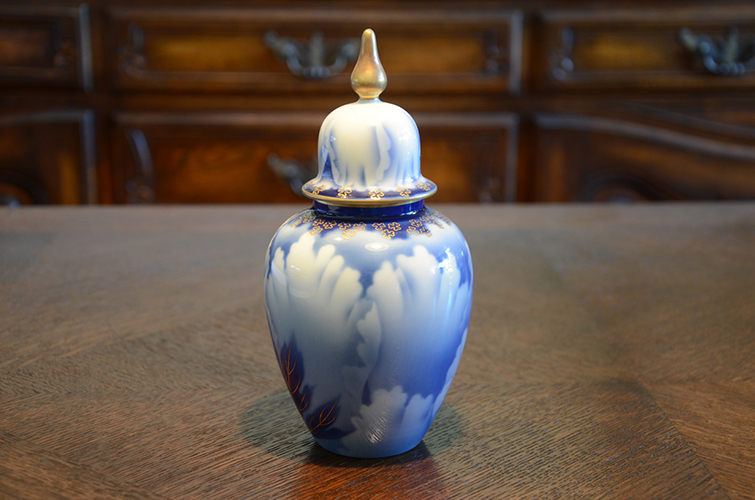 VISIT US! Fukagawa Japanese fine bone china made of porcelain with peony pattern. Ginger jar defined: A small ceramic jar with a high rim over which a lid fits. Approximate dimensions: 3 3/4″ (diameter) x 7 3/4″ (h). c. 1992. Made in Japan.